The Indians have every reason to rejoice after their adopted nun; Mother Teresa was canonized on September 4, 2016 at the Vatican. Prime Minister Narenda Modi and other prominent Indian leaders headed to the world’s center of Roman Catholic religion to witness the historic canonization of a woman to sainthood. The Prime Minister shared that it is expected for the Indian people to feel proud about the nun’s sainthood. 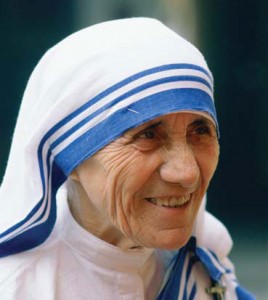 Almost 2 decades or 19 years after Mother Teresa died in 1997, the Vatican fast-tracked and decided to canonize the nun this year. This is something unusual because the road to sainthood is a long process that usually takes several centuries or hundreds of years. Experts say that her undeniable and enormous contribution to the establishment of Catholicism in India is one major factor in the decision to canonize her.

Mother Teresa was born in Skopje, which is now known as Macedonia. In 1929, she went to India and in 1951 became an official citizen of one of the biggest countries in Asia. In 1950, she successfully set up a religious order in Kolkata that reached a huge number of Indians who became popular with Catholicism.

However, aside from propagating the teachings of the Roman Catholic religion, the nun was also known for her establishment of care facilities and homes. Her sisterhood in the Missionaries of Charity managed the homes and facilities. However, this legacy of the nun has received criticisms. There are critics that mentioned about the poor conditions of medical standards and hygiene.

Another controversial critic also was claim that Mother Teresa glorified poverty. Christopher Hitchen, a late writer and one of the critics, said that the nun is a fraud, fundamentalist and fanatic. However, these are accusations that many followers don’t agree with.

In Kolkata, she has become known as a humanitarian icon, a Nobel Peace Prize winner, and now a saint that they can get inspiration from. Disproving the critics, Indian Prime Minister Modi stated that Mother Teresa spent a life that served the people who are underprivileged and weak economically. She lived like the way poor Indians did and, in this way, served them in every way she can.

Before the canonization, Mamata Banerjee, who is one of the regional leaders in India, led the unveiling of a life-size statue of Mother Teresa in Kolkata on August 26 this year, which is also the nun’s 106th birth anniversary.