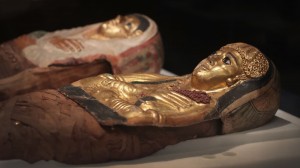 When talking about ancient Egyptian mummies, we often think of golden caskets and linen-wrapped bodies. However, there’s more to these mummies than you know. Here are some facts about them that we’re sure will surprise you.

Back in 400 AD to 19th century, mummies were apparently used as medicine. Rich people during the Middle Ages would even buy ground-up mummies believing it is medically beneficial.

When we think of mummies, we often imagine human bodies wrapped in linen. However, back in the day, ancient Egyptians also used to mummify animals, particularly cats, fish, crocodiles, baboons, and bulls.

Contrary to what many of us think, mummies aren’t just preserved and wrapped in linen. There is also some mummy cosmetology involved. Yes, there is such thing as that. During the mummification process, the bodies of men were colored red while women were colored yellow. Fake eyes were made of glass or stone are also usually added, as well as wigs. Henna were also used to paint the mummies’ nails.

The mummification process also depends on how wealthy you are back in the day. Mummification can be a bit expensive and for the lower classes who can’t afford it, they usually go for incomplete mummification. This means, their deceased loved ones are mummified without a coffin or sarcophagus. And usually, bodies were only dehydrated and some or all organs remain intact. For the very poor, on the other hand, their deceased loved ones were only wrapped in cloth and buried in the desert sand for a few days or weeks and then transferred to a cemetery.

Ancient Egypt is truly fascinating. Even the way they bury their loved ones are very interesting. This is just the tip of the iceberg, though, as there are still a lot to know about ancient Egypt’s practices.