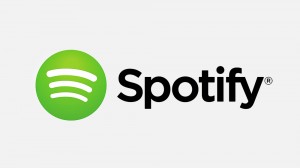 We all know about Spotify and how it is currently dominating the music streaming platform. With its massive catalog of content, more and more artists and labels are considering Spotify first as their gateway to modern-day consumers. In this article, we will be talking about several interesting facts about the music streaming giant, Spotify.

Audiobooks and podcasts are also available

A lot of people might not know that Spotify now hosts contents other than music. This includes audiobooks and podcasts. Audiobooks’ demand has been increasing due to the increasing capabilities of portable media devices that we have in the market. It is also a good way to absorb the contents of a book you’re interested in while multitasking, for instance. Podcasts are also available here, and the best thing is that they’re free!

The origins of Spotify dated back in 2008, where it all started as an invite-only platform. This leads to a small, yet closer community of music lovers. The countries which Spotify has pioneered are the United Kingdom, France, Scandinavia, and Spain.

Although Spotify boasts around 20 million songs and counting, a large number of 20% of them have never been played.

It seems like Ed Sheeran dominates the number of plays an artist receives every month. 69.15 million spotifyers listen to Ed Sheeran every month as of July 2019. Ed Sheeran’s number is also the highest record that has been recorded on the history of the music streaming platform.

There are currently around 300,000 labels that are signed to Spotify as of the moment. As more and more artists emerged with different genres, different labels would form and eventually join Spotify. Also, the average daily songs that are being added to the Spotify catalog is around 20,000.

Spotify offers flexible membership options and the best thing about it is that they even offer music-streaming for free. Although choosing this subscription type would allow Spotify to put advertisements on your Spotify session. Premium subscription, on the other hand, requires you to pay a fixed amount of money every month. There are currently 3 million premium Spotify subscribers around the globe.

Aside from streaming music online, Spotify also offers its Premium subscribers an option to download their favorite music and listen to them wherever and whenever. Since Spotify is available on Android and Apple devices, things would get a lot smoother and portability would rise even higher.

Spotify’s feats are groundbreaking and amazing at the same time. As the leading music streaming provider, they have established themselves quite-well whilst struggling through criticisms and even financial matters/