A Closer Look to Interstitium, the Speculated Organ 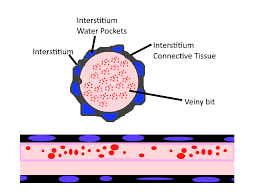 In the field of science, discoveries aren’t something really new, and they are expected to come along within a certain period of time. However, when it comes to human anatomy or the human body in general, finding something that is completely new is such a bizarre moment for anyone involved. This has happened when scientists discovered the Interstitium, the said to be a new human organ that can be found under our skin.

Structure of the new organ

Scientists studied the fluid-filled spaces that are called Interstitium and have speculated that they are dense walls of a very strong protein which is located in connective tissue. In contrast to what the scientists have concluded, the Interstitium is believed to be highways or canals that are interconnected to each other, forming a vast network.

Scientists have failed to discover such an organ because of how it is structured and where it is located. For years and years of study, the Interstitium flew under the researchers’ radar and has just shown up within these past few years. The Interstitium doesn’t show up on the instrument that scientists use to observe the small world of cells.

The process made it even harder for scientists to come in contact with the Interstitium. The chemicals that they use when they treat the sample washes away the fluid which made concealment a lot easier.

Examination of these issues that are on a scale of a microscopic scale is all made possible with the new technology that uses imaging.

Although primarily referred to as an organ, there’s still no official statement that makes Interstitium one with the organs. If there is, there should be an agreement to come with scientists and researchers, and with what it is looking at right now, further research are still needed.

The appearance and existence of this newly-found body part still baffle the men of science, and it looks like that they can’t really put a certain judgment for the body part just yet.

The discovery or let’s say, hints of the existence of this vast network of body parts can be dated in early 2011 when a group of researchers observed dark fibers. The researchers are very unsure of what they have found, to which they don’t know that their discovery would be very important.

The dedication that these researchers have put into this matter is very impressive and until now, they are still making progress when it comes to discovery and adding up new relevant information according to the topic, keeping the people posted with the Interstitium.