A Tribute to the Death of Famous Faces in 2016 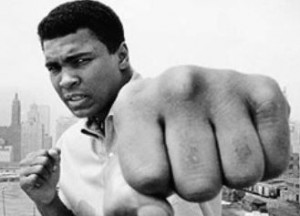 We’ve witnessed a lot of famous celebrities who have sadly passed away this 2016 but their memories and legacy through their music, movies and performances will always remain in our hearts.

Before this year ends, we want to pay tribute to what they have done when they were still with us. Starting on how the world was shocked by the sad news of David Bowie who died in January, Prince in April, Muhammad Ali in June to the recent death of George Michael, Carrie Fisher and her Mom Debbie Reynolds, the world has mourned for these famous faces who captivated our hearts.

Here’s a list of some of the celebrities we’ve lost this year.

Singin’ in the Rain Reynolds suffered a fatal stroke on December 28 – just a day after her daughter Carrie Fisher died.

Star Wars film actress best known as Princess Leia Organa has died at 60 on December 27 after suffering a heart attack. 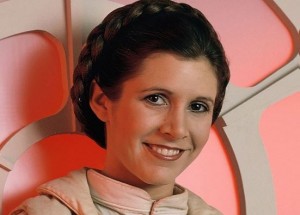 On Christmas day, The Wham famous singer and songwriter died from heart failure. He was found lying peacefully in bed at home.

At age 68, Status Quo’s rock legend and singer, songwriter, and rhythm guitarist passed away at a hospital in Spain on December 24 . They are best known for their hits Rockin’ all over the World and Down Down.

Former Miss Hungary and Hollywood actress suffered a heart attack on December 18 at age 99. She starred in movies like Moulin Rouge, The Girl in the Kremlin and Queen of Outer Space and was married 9 times.

Porridge and Game of Thrones actor Vaughan died at age 93 on December 6. He was best known for his roles as Maester Aemon Targaryen in Game of Thrones, an HBO fantasy drama and in the BBC sitcom Harry Grout.

Actor of Faulty towers has died after 4 years of battling with dementia on December 1 at the age of 86. He will be remembered for playing Bumbling Spanish waiter in Faulty Towers, an iconic BBC comedy series.

On November 26, famous TV actor Glass passed away at age 71. He was best known in some of the US TV’s biggest shows including Star Trek, Friends, CSI and Barney Miller. Moreover, his most iconic role was as Shepherd Brook in the very popular yet short-lived Firefly, a sci-fi series by Joss Whedon.

Best known for her role as Carol Brady in the hit show The Brady Bunch, Henderson died on November 25, aged 82. The Brady Bunch was famous for five years.

ON November 11, Hallelujah singer Cohen whose career extended over five decades passed away at age 82. He was also a famous novelist and poet.

With the legacies that these actors, broadcasters, musicians, writers, entertainers, comedians, and sports star left behind, everyone was in grief. Tributes poured in from all over the world in social media and news. Each death casts its own shadow.

As we now live in the age of social media and celebrity culture, ordinary faces see and treat celebrities as family and feel a personal relationship. Through their Facebook, Twitter and Instagram posts, people feel connected to these celebrities. And the death of these famous faces made social medias flooded with the feelings of the world. Everyone posts their own tributes and messages as they were left in shock with the death of the person they once admired.