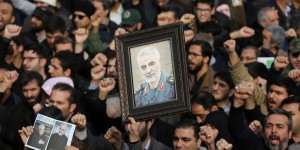 A poll made by USA TODAY/Ipsos finds that 2-1 American individuals think that the killing of Gen. Qasem Soleimani puts the whole country in a dangerous state.

1,005 adults partake of the survey or poll which was taken on Tuesday and Wednesday. The poll has a 3.5 credibility interval of plus or minus percentage points.

52%-34 of people who have been interviewed for the poll voiced out their sentiments about President Donald Trump’s decision. According to them, what he did was reckless.

The poll about the airstrike order by Trump has left the citizens in half, but with the majority getting a higher percentage of 42%, those who supported Trump’s action. 33% said that they oppose the President’s decision and that it should’ve never happened in the first place. The remaining 25% are unsure of their opinion regarding this matter.

More poll information has been publishing and those are as follows.

An agreement made by 69% of participants says that they believe that the victim nation of the airstrike would definitely take interest in United States’ personnel on the Middle East.

63% also believe that there are potential attacks that can be made on the U.S. grounds itself.

62% are convinced that Trump’s action may be the ignite that would trigger a war between the two forces.

On the other hand, 52%-8% said that the attack would further push Iran into developing nuclear arsenals.

The U.S. pins the killings and other American casualties on Iraq and anywhere near the region on Soleimani. Trump also stated that killing him needs to happen sooner or later because of the power he possesses.

Soleimani leads the Quds Force of Iran which further spreads his influence and power.

The poll’s results state that almost a third of Republicans, which are on the side of the president think that Trump’s action made the U.S. prone to danger.

47-39% says that the Soleimani killing was purposely made by Trump to make headlines and divert the global media eyes from his impeachment process.

It also turns out that the U.S. citizens are paying attention to their surroundings and the news either locally and globally. 9-10 of those surveyed say that they know about the drone strike and the death of Soleimani.

The people who took the survey are majority denying the idea of bombing or attacking cultural and heritage sites, saying that it should be off-limits. Trump originally made a threat to this but then pulled out.