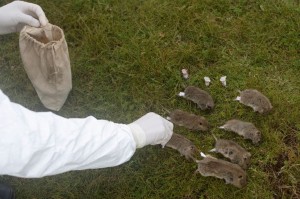 Cases of bubonic plague have been confirmed in China, authorities said Tuesday. Yes, the Black Death that caused millions of deaths in Europe back in the 1300s is back. And it’s the second time it has been detected in the said region.

Two patients were recently diagnosed with the deadly pneumonic plague in the Chinese capital Beijing, according to the state media Xinhua. They are now being treated in Beijing’s Chaoyang District. Also, the authorities have already implemented preventive control measures.

This isn’t the first case of the black plague, though. Earlier this year, a Mongolian couple died from the same disease after eating a raw kidney of a marmot, a local folk health remedy.

Also, according to the World Health Organization, there were more than 3,248 cases reported from 2010 to 2015, including 584 deaths worldwide, including the Democratic Republic of the Congo, Peru, and Madagascar.

There are also a few cases reported in the United States, as per the Centers for Disease Control and Prevention. In fact, two people in Colorado died from the said disease and in 2014 there were eight reported cases in the state as well.

More information about the disease

The plague, which resulted an estimated 75 to 200 million casualties in Eurasia, peaking from Europe, from 1347 to 1351, is caused by bacteria and is transmitted through flea bites and infected animals. Depending on its type, it causes swollen lymph nodes, infects the blood, or the lungs.

Untreated bubonic plague can turn into pneumonic plague which can cause rapidly developing pneumonia and can be deadly. And the more bad news is, there’s no vaccine for this yet. However, experts say that modern antibiotics, like the antibiotic stremptomycin, which is usually given first to treat the disease, can prevent complications and death but it should be given quickly enough. However, a strain of bubonic plague with high-level resistance to this was recently seen in Madagascar. Researchers are still exploring a variety of approaches to come up with an effective vaccine for such disease.

Protection from the plague

The key steps to prevent the plague is to eliminate nesting places for rodents around home, garages, and sheds. It is also recommended to remove rock, trash, and excess firewood around your home, CDC says.

It is also a must to use insect repellent that contains DEET to prevent flea bites and treat your pets’ fleas regularly. Also, don’t allow your pets to hunt or roam rodent habitats.