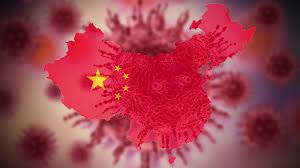 Travel lockdown is effective in other cities surrounding Wuhan because of the mysterious virus. The death toll of the Novel Coronavirus has risen to 25 and is reported to have infected 800 people.

Health officials confirmed the rising cases of the virus that China is experiencing. According to them, the increase has taken a very huge spike, totaling to 830.

The confirmed cases of the Coronavirus is reported to rise to 200 within just a 24-hour time period. Around 6 death tolls have also been confirmed within the same period.

The outbreak’s origin can be traced to Wuhan, and earlier, the very first death because of the virus has been confirmed to be in Hebei.

The person who died of the virus is an 80-year old elderly who was from Wuhan for several months. According to data, more than 15 cases have been confirmed to be from the epicenter of the outbreak. The death confirmation has been delayed to Thursday, a day after when the patient died. Wuhan has a population of 11 million.

Hours after a large number of confirmation of cases, the authorities have issued a widespread city restriction. The approaching Lunar New Year is expected to be attended by a large number of people, which will be greatly affected by the travel ban.

Wuhan experienced a city lockdown on Thursday and all the flights and trains that are leaving the city are canceled in order to prevent the wider spread of the virus. The Chinese authorities have also said that they would suspend the travel of taxis on Friday.

Authorities are also planning to close some airports from neighboring cities of Wuhan. Huanggang, east of Wuhan, Chibi, and Zhejiang will all experience lockdowns and travel bans for days to come.

Travel operations, even those that are already booked, personal flights, and private ones are also suspended on Hubei. Citizens aren’t allowed to book flights anymore and even leave the region and all operations are suspended.

Beijing also responded with cancellations of their events that would take place in the following weeks. Tourist attractions and temples would be closed down soon.

Start of classes around the province where the hotspot of the coronavirus extended the resume of their operations.

This new strain of coronavirus was first discovered in December and is confirmed to have started in Wuhan. As of the moment, neighboring regions and countries in Asia have reported confirmed cases of the virus. The United States has also confirmed cases and is currently monitoring some patients who have the potential to have the virus.