Countries With The Worst Press Freedom That Will Surprise You 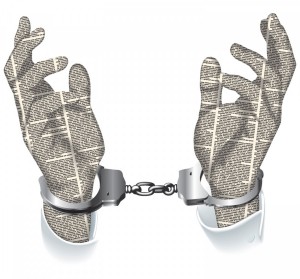 Press freedom refers to the liberty of a nation’s press to spread unbiased information, free from the influence of the governing body. This is very important as it is the press that provides the people with the latest information regarding local and international affairs. Without it, those in power are free to shape the minds of people as they please.

Sadly, not every country sees press freedom as a necessary privilege. In those countries, the people are left in the dark, most not knowing what is exactly happening around them. The rest are fighting for the freedom of the press.

Here are those countries that put a strict hold on their nation’s press.

North Korea is infamous for having no press freedom. Not only are the locals shielded from current affairs outside their country, they are also fed propaganda 24/7. To those who can afford television, they’ll mostly see shows and news reports that give praise to their leaders.

By limiting press freedom heavily, the Kims have managed to keep a hold on North Korea’s neck for several decades already.

China doesn’t limit the information that goes to their citizens from international sources. However, the local government takes serious steps to ensure that no negative word about them will spread. If a reporter or a news outlet does manage to go up against the communist leaders, they’ll be “silenced” almost immediately.

Even in the recent NCOV issue, it was revealed that China limited the information about the virus too. It was most likely because the case would’ve tainted the reputation of the government. There was an uproar to moment word got out and sadly, the doctor that spoke out of the virus, died from it early in February.

Simply put, the Turkmenistan government controls all of the press in the country. The only way to get unbiased information is through the internet, and through the dark web. It’s one of the reasons why the country is considered to be one of the worst in terms of press freedom.

As with most countries on this list, press freedom is heavily limited because of rampant corruption within the government.

According to recent studies, only 9% of the world’s population lives in a country with press freedom. It’s harrowing to know that people are blinded from the reality of life but luckily, there are many others that continue to fight back.