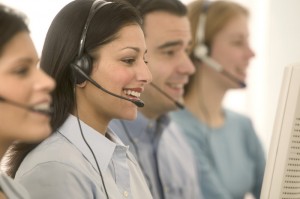 It’s not always easy to get along with people who habitually annoy us with their incessant griping and nitpicking.  These are the kind of people who fuss on small things and sometimes we end up becoming their scapegoat for having a bad day.

As much as possible, we want to stay away with these “difficult” people. But staying away is even more difficult because they seem to exist in almost every workplace, or even at home. We can choose to bail out from the situation but sooner or later we’ll have to deal with them.

We can tell if a person belongs to a certain kind of so-called “difficult” personality by observing some of their behavioral patterns. Aggressive people tend to be outspoken even to the point of being blunt. Feelings don’t mean anything to them. They will attack you relentlessly with a flurry of criticism. If you happen to encounter these people, don’t fight back. Just say what you have to say without minding anything from what they just said. Be firm and say it with confidence.

Some people will criticize you in a more subtle way. They may not say it, but it shows a lot in their actions. They’d just smirk at you or give you disapproving looks. Others will try to hide their sarcasm with humorous put-downs. Unless you confront these people, they’ll continue to pester you with unpleasant remarks. Tell them flatly what you think they just said and ask them what they mean by that. Pretty soon, they’ll stop bugging you with their idle criticisms.

People with low self-esteem can also make it difficult for others to deal with. They are those who constantly put the blame on others – the rain, the traffic, their car, or even their own dog. Wherever they go, them seem to fill the place with negative vibrations. One of the best ways to deal with them is to respond positively. As what Bramson said, “Don’t try to argue with negativity but respond with optimistic expectations.”

Whenever you encounter these kind of people, don’t take whatever they say too seriously, otherwise you end up becoming just like them. Their behavior is not something that we can teach them; they must learn to fix it on their own. Meanwhile, live a happy life. Just because they’re being difficult doesn’t mean you have to make it difficult on you.

Laughter is the Best Medicine