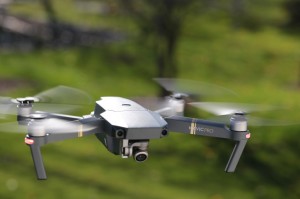 Good news to drone enthusiasts! DJI has released a new adorable and cheap drone. Another good news is that you won’t need a FAA registration for this.

A few weeks after its details leaked, DJI has released its newest, coolest, smallest, lightest, and affordable drone, the Mavic Mini. It features a lot of finest aspects of DJI’s more capable and expensive drones. It has a camera that features a 3-axis gimbal and it can shoot video at 2.7k. It also boasts of “superior camera stability.

In addition to that is it can also talk big about its battery life. Apparently, DJI says that Mavic Mini can fly for 30 minutes per battery.

Aside from the amazing aspects that it has that resemble its siblings, what makes the Mavic Mini even more exciting and worth talking about is that it has the smallest size compared to other drones that DJI has ever made. Basically, it’s just as small as the 2017 DJI Spark. However, Mavic Mini has foldable legs that makes it all the more portable compared to other drones. In fact, it can even fit in the palm of your hand. Talk about small but terrible.

And the best part of it is that there’s no need for you to go through the hassle of registering it to the Federal Aviation Administration or the FAA. This is because it weighs just 249 grams which, by the way is just a gram under the weight cutoff for FAA registration.

What makes DJI’s Mavic Mini even better is that it comes with an affordable price tag of $399. Yes, you read it right. And, it already comes with a battery, remote controller, plus extra propellers. DJI also has another pack option, the “Fly More” combo pack, which would cost you $499 where propeller guards, three batteries, a carrying case, a controller, three batteries, and three sets of extra propellers are already included. Cool, right? And compared to its siblings, it sure is much cheaper.

DJI has already opened its gate to those who would like to purchase it. Mavic Mini is now available for preorder. Just visit their website for more details, as well as on how you can preorder.

For its specs, price, size, weight, plus the ability to dodge FAA registration, it sure is something worth considering whether you’re a first-time drone pilot or not. However, DJI still reminds its users to “understand and follow local laws and regulations.”