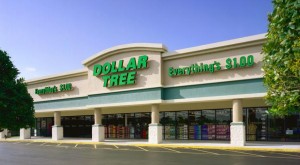 Better take a closer look at the products you put on your cart before proceeding to checkout as the Dollar Tree is allegedly selling “potentially unsafe” drugs. In fact, the store recently received a warning from FDA. The retailer is now cooperating with the feds.

The US Food and Drug Administration recently slapped Dollar Tree with a warning this month for importing potentially dangerous over-the-counter drugs.  According to the FDA in a November 6 warning letter to the company, the retailer received acne treatment pads, as well as other products from manufacturers from China which have committed “serious” violations of federal standards.

The feds demands the Virginia-based company to make a plan to guarantee it does not import or deliver “adulterated” drugs any more, as per the letter released Thursday. The director of the Office of Compliance in the FDA’s Center for Drug Evaluation and research said that such importation and distribution of drugs, as well as other products from the manufacturers who violate federal law is “unacceptable.” He added that in such case, the discount retailer has “the ultimate responsibility” in assuring that it doesn’t sell any “potentially unsafe drugs and other FDA-regulated products to Americans,” warning the Dollar Tree.

The feds added that the Dollar Tree’s contractors showed patterns of violations. This includes a failure to test raw materials or finished drugs for pathogens and quality.

Meanwhile, the said manufacturers from Chinese companies had also received their own FDA warning letters. The FDA has also placed them on import alert, a measure that is meant to stop the flow of sketchy products in the US, as per officials.

As for the Virginia-based company, it said that it is now cooperating with the FDA and is expecting to meet the agency’s requirements, Randy Guiler, the company’s vice president of investor relations, said in response to the said issue. According to Guiler, the products mentioned in the report from the FDA are “topical and not ingestible.”

He also assured in a statement released that the Dollar Tree is “committed” to its customers’ safety and that it has a “very robust and rigorous testing programs” to ensure that the company’s third-party manufacturers’ products are safe, adding that the popular discount retailer is now taking some actions to cooperate with the US Food and Drug Administration and is planning to meet with the agency in the near future to assess such allegations and issues.