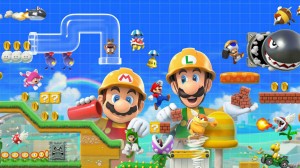 Video games have truly come a long way since being introduced in the 50s. Games are becoming as close to life as possible but every once in a while, it’s good to check out some of the titles that gamers before us have played.

Have you played some of these timeless classics? Here are some fun facts about classic video games.

Pizza is the inspiration behind Pac-man

You’ve seen Pac-man before and have probably said to yourself that he looks a lot like a pizza that’s missing a piece. The character’s creator Toru Iwatani did admit before that this Italian dish was the inspiration for Pac-Man.

Our favorite Italian plumbers’ signature move is to jump and destroy bricks above. Due to limited graphical capabilities, it looks like he was head-butting bricks. However, later entries show that he punches the blocks instead.

A famous actor was the inspiration behind Mortal Kombat

Jean-Claude Van Damme was very famous in the late 80s and 90s. So famous in fact, that his movie Blood Sport served as the inspiration behind the critically acclaimed and controversial arcade title, Mortal Kombat.

Speaking of Mortal Kombat, it’s this highly controversial title that was the cause of today’s age rating for video games. The arcade title was very brutal even by today’s standards. To this day, Mortal Kombat stands as a strong franchise but it got even more brutal with the fights.

Legend of Zelda: Ocarina of Time was supposed to be an FPS

Shigeru Miyamoto’s Ocarina of Time is considered as one of the best games in the 90s. Did you know however, that Miyamoto wanted the game to be played entirely in first person? While that didn’t happen, some parts of the game are still played in the perspective such as when using the bow.

Donkey Kong launched at arcades to a warm reception. However, Nintendo was sued by Universal Studios as they believed Donkey Kong was very close to King Kong. The lawsuit wasn’t a success though as the judge ruled that Universal had no rights to King Kong anyway.

There are still a lot of facts out there but we believe that these ones are outstanding for gamers. As there are more titles to come from top developers, we hope to uncover more secrets in the future.