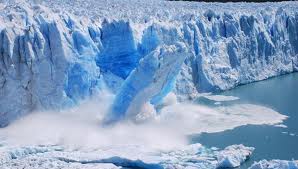 There has been warning on the danger of faster glacier melt and that by the year 2100, the sea levels around the world will rise by an average of 12 centimetres due to the meltwater.

Studies predict the shrinking of mountain glaciers by around 27 percent in volume and this will greatly affect the availability of water and regional hydrology. The effects will vary in different locations depending on the height of their glaciers, terrain, and how the area is affected by climate change.

Aside from Antarctica and Greenland, there are other 19 regions that have glaciers and icecaps. However, due to the global warming, most of the glaciers in the various regions may be partially wiped out and this poses danger to millions of people who depend on glaciers for their water.

What is glacier? It is described as a large mass of ice formed from snow that flows slowly over a land mass. It occurs where the snowfall is far greater in winter than the melting in summer.  Around 11% of the earth is occupied by glaciers and about three-fourths of this is fresh water.  Ninety-nine percent of glaciers are in Antarctica and Greenland.

What is global warming? Also known as climate change, global warming is an increase in the average temperature of the global atmosphere due to greenhouse gas pollution. This phenomenon brings hotter days resulting to droughts and fire. It also causes severe storms and higher sea levels that could bring flooding to low-lying areas and landslides in the mountainous regions.

Further research and studies on the effects of global warming on glaciers will help the future generations prepare for the glacier melt and possible water crisis.