Google Pixel 4: Rumors, Specs, and Everything You Need to Know 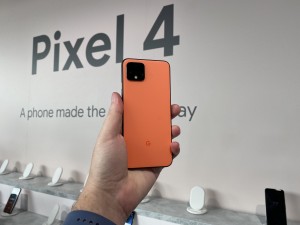 Good news for the techies out there. Google is said to be releasing yet another phone. Will it surpass the standards of the experts?

Heads up, techies and even phone photography enthusiasts! Google will be releasing Google’s long-awaited flagship phone Pixel 4. And that’s not it. The tech giant will also release Pixel 4 XL.

Rumors have been circulating the internet about its specs. But what can you really expect from these flagship phones? As per Google, the phones feature a dual-lens rear camera, a 90Hz smooth display, 6 GB of RAM, a Snapdragon 855 chipset, and 128 GB storage. The phones will also have two new standout features – Motion Sense and Face Unlock.

Google’s new flagship phones will also use Sol, the tech giant’s own radar-based motion-sensing technology. What this does is it recognizes gestures when you’re nearby. What’s even better is that you won’t have to click some buttons here to skip songs, snooze alarms, and even silence phone calls as you can already do it with just a wave of your hand. Face Unlock also works faster as it will already switch on the sensor even as you reach for the phone.

In addition to that, Google has also followed the footsteps of Apple in its iPhone X – Google has also ditched the Pixel Imprint rear-mounted fingerprint sensors. But, is it a good catch?

Experts have already laid their hands on these new flagship phones. And according to them, its features such as its cameras, display, and intuitive Face Unlock really makes it stand out. Its cameras, particularly, make it even more outstanding. In fact, reviews say it is “class-leading” camera phone.

However, they only find its battery life not that impressive saying it needs more work as they are a bit “disappointed.”

Should you go for it? If you’re a photography enthusiast, we say go for it. Even the experts are hands down to its camera so why not? But if you’re in doubt, well, there’s only one way to find out.

Google is set to open the gates to its store on October 24 this year. So keep an eye on that if you want to catch these new cool stuff.

Google Pixel for and Pixel 4 XL are not the first new phones Google has unveiled this year. In May, the tech giant has recently revealed its Pixel 3a and 3a XL, the more affordable alternatives to the company’s then flagship.