Health Benefits of a “Nutty” Diet 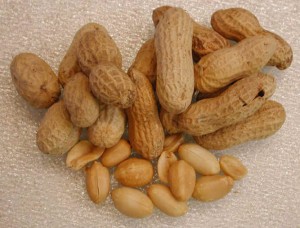 Peanut or the Arachis hypoqaea, its scientific name, belongs to the family of legumes or beans which contents high amount of protein (99%). It has a lot of local names such as the ground nuts, earthnuts, pygmy nuts, pignuts or monkey nuts, depending on what state or country it came from.

Types of  peanuts: There are four types of peanuts, each of them having their own different characteristics, size, nutritional content and flavor (such as the Runner, Spanish, Virginia, and Valencia.)

1.     Runner. Mostly, runners grew in Florida, Texas, Oklahoma, Georgia and Alabama. This type became dominant when it was introduced in the market in early 1970, the start of the increasing production of the runner variety. Because of its very attractive appearance and equal kernel sizes, Runners are much appreciated in the market. In fact, 54 % of Runner peanuts are being process to create a tasty peanut butter.

2.     Spanish. Spanish is a reddish-brown skin peanut with the smaller kernels. Massive productions of Spanish peanuts are found in Texas and Oklahoma. Because of the enormous productions, Spanish-type peanuts are processed in a variety of ways (peanut candies, snack nuts and peanut butter as well). If you compare it to other variety of peanuts, Spanish contains higher amounts of oil that is why it is used to produce oil for cooking.

3.     Virginia. Virginia-type peanut are said to be the largest kernels of all type. Because of its size, they are sold very easily, roasted and processed in the shell, and eaten as a gourmet peanut snack. Virginia is mainly grown in South and North Carolina.

4.     Valencia. Valencia is a bright-red skin peanut with more than three small kernels. Out of the four types of peanuts, Valencia is the sweetest and with its distinct characteristics, Valencia is excellent when roasted or boiled peanuts in the shell for snacks, especially while watching a good movie.

Most people love peanuts because of its delicious taste. But how about its nutritional value? Some survey shows that peanuts are high in fat and calories. Nutritionists, however, found out in their studies that peanuts are also beneficial to health. Peanuts indeed have a high fat content but those are monounsaturated fat –  the healthy fat that is good for the heart. It also has other nutrients such as vitamin E, folate and manganese plus the resveratrol, an element that are present in grape juices and red wines which that good for the heart. In addition, American Journal of Clinical Nutrition said that having a weight-loss diet is effective if you eat moderate amounts of peanut instead of other fats to have a healthier blood circulation.

Consuming certain amounts of peanuts in a day, you will surely obtain the wide arrays of nutrient benefits for your healthful diets to achieve your ultimate goal—a healthy lifestyle.

One thought on “Health Benefits of a “Nutty” Diet”