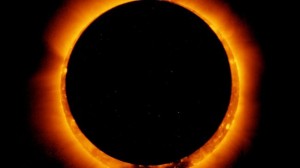 An eclipse happens when the moon passes between the sun and the earth. When all three bodies are aligned, the rare result is a memorable and picturesque wonder that people can help but stand in awe of. Everyone should see the eclipse at least once in their life and for the people in India, they are given that special opportunity, thanks to the local government.

The local government in India’s state of Odisha in the east recently announced that Dec. 26, which falls on a Thursday will be a public holiday. The reason for the declaration? The local government simply wanted its people to have a chance to view the upcoming solar eclipse. Aside from having an extra day of rest, the locals were delighted to hear that they can partake in viewing the solar eclipse.

In a statement issued by the government’s revenue and disaster management department, it said “government have been pleased to declare Dec. 26, 2019 as a holiday for all government offices, revenue and magisterial courts (executive) and banks and other banking institutions in Odisha on account of solar eclipse.” Additionally, the authorities have decided to suspend classes in school as well.

The officials note that the eclipse will be clearly visible across many parts of Odisha. Hence, reports add that the partial eclipse will be viewable in the area between 8:20 AM and 11:28 AM local time. Additionally, it will be at its fullest at 9:46 AM. To help with the viewing of the eclipse, the Pathani Samanta Planetarium in the capital, Bhubaneswar, will assist residents to view this phenomenon event safely.

While beautiful, the eclipse is not something someone should see with the naked eye. Unfortunately, staring at it directly could lead to temporary or worse, permanent eye damage. Luckily, there are ways to view it safely.

First off, people will need to understand that sunglasses, smoked glass, and x-ray films, will not actually work on blocking the eclipse. It’s recommended to simply buy eclipse glasses online as these are sure to protect the eyes from the potential damage. These range from $20-$100 online but there are some ways to make one at home too.

The eclipse doesn’t always happen and it should be on everyone’s bucket list to view it at least once in their life. It would be neat to invest in eclipse glasses as these are something that can help you view this celestial wonder in all of its glory.