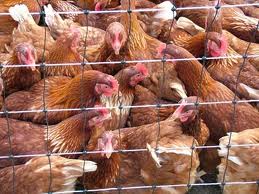 Bird flu’s scientific name is avian influenza and H5N1 virus is another strain of bird flu that can be transmitted from bird to human.

August 30, 2011—UN advised the public last Monday about the possible resurgence of the dreaded avian or bird flu virus in six Asian countries.

It has been announced that the deadly bird flu virus is now posing a serious threat in some parts of Asia particularly Cambodia, Malaysia, Thailand, Japan, Korean Peninsula and Vietnam. Just this month, it has already claimed the lives of 8 Cambodian people after they become infected with the avian flu virus, according to the United Nations’ Food and Agriculture Organization (FAO) report last August 29, 2011.

According to World Health organization (WHO), the virus also threatens Egypt which has infected 151 people including the 32 cases in this same year. Since the dreaded bird flu appeared last 2003 involving the death of 2 tigers, 2 leopards and chickens in Thai Zoo, WHO said that this virus is identified as H5N1, the same strain of bird flu affecting 565 people around the world. WHO added that of all the infected patients, 331 has already died. The second outbreak of the H5N1 virus in 2004 in the same Thai Zoo, was again because of bird flu-infested chicken that caused the death of the 147 tigers in the zoo.

Meanwhile in Indonesia, the total number of cases since 2005 has reached 178 infected individuals, 146 of whom died as of this mid- August 2011.

Since the emergence of this deadly flu strain, FAO reports that the virus was far from disappearing. In fact, its lethal effects still continues to strike fear in six countries including Bangladesh, China, Egypt, India, Vietnam, Cambodia and Indonesia. Just recently, it spread out beyond South Asia into Romania, Bulgaria, Nepal and Israel.

Juan Lubroth, the Chief Veterinary Officer of FAO once stated, “Wild birds may introduce the virus, but peoples’ actions in poultry production and marketing spread it”. He noted that those six countries that are affected with avian influenza are most likely facing this kind of problems.

As of now, the main concern is the nearby farmyard and backyard rather than zoos. Lubroth warned “Preparedness and surveillance remains essential. This is no time for complacency. No one can let their guard down with H5N1”, he added.