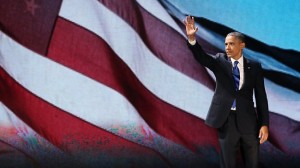 “We are, and forever will be, the United States of America. And together, with your help, and God’s grace, we will continue our journey forward, and remind the world just why it is that we live in the greatest nation on Earth.”

Those were the some of the powerful words from the victory speech of President Barack Obama who won his 2nd term in the recently concluded election in the United States of America.

A good and trying leader best describe the 45th US President who is also the first African-American leader. He was born in Honolulu Hawaii in August 4, 1961.

Obama’s mother Ann Dunham grew up in Kansas and his father Barack Obama Sr. was born in Kenya. The President was never been closed to his father because Obama Sr. moved in Massachusetts to pursue his PH.D in Harvard. He was two years old when his parents divorced in March 1964.

His mother married again in year 1965 and they moved to Indonesia.  At age 10,  he was sent back to Honolulu to study and live with his grandparents.

Obama met his wife Michelle Robinson while studying in Harvard. Michelle became Obama’s adviser during  his summer internship. They began dating and got married on October 3, 1992. The couple moved in Kenwood, Chicago’s south side. They have  two daughters named Malia and Saisha.

His Education and Political Career

Known to be humorous and with odd personality, here are some  interesting facts about President Obama.

Interesting Facts about US Presidents