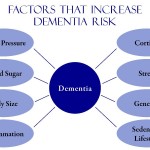 It is human nature that as we get older, we tend to forget things. A lot of older people have this problem.

The loss of memory may actually be adapted after a period of time and those affected by it tend to embrace it as part of their lives. However, when the problem of memory loss gets worse, there is a good chance it will eventually correspond to dementia.

By definition, dementia is the loss of mental skills. It is a serious condition considering that it affects mundane life. Aside from the fact that it leads to problems concerning memory, it is can have adverse effects on the person’s ability to think and plan.

In most instances, dementia will get worse over time, but there is no definite timetable because each person has distinctive development patterns. While some may not feel any major effect for years, others will lose their mental skills fast.

Obviously, the likelihood of developing dementia will increase as a person ages. Nonetheless, it’s not correct to say that everyone who gets old will have it.

The numbers say that after reaching the age of 85, there will be 35 people out of 100 that will experience some form of dementia. It means that a greater percentage won’t have it. Likewise, it is worthy to note that the illness is rarely seen in people before the age of 60.

Difference between dementia and Alzheimer’s disease

There is this misconception that dementia and Alzheimer’s are two similar terms. In reality, they are actually two different conditions. For one, a person may have a form of dementia which is not related to Alzheimer’s disease.

What the statistics say

Below are pertinent statistics about dementia:

The best prevention against dementia is keeping a brain healthy lifestyle. The six pillars of this type of lifestyle are:

The signs of dementia

The signs and symptoms may vary from one person to another. However, the common conception is that there should be at least two core mental functions that are impaired in order to classify the problem as dementia.

Mental functions that may weaken due to dementia are:

Actually, there is no single test to find out if someone is suffering from dementia. However, doctors today can figure out if a person is going to be prone to it through comprehensive examination of medical history, physical examination, laboratory tests, and observation of characteristic changes in thinking and behavior.

Interesting Facts about the Power of Doodling

How to Stay Mentally Sharp