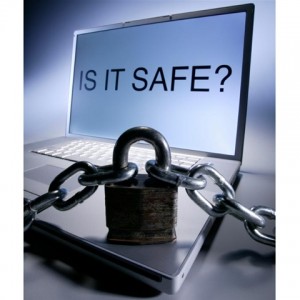 The internet is largely considered as one of the most important inventions in modern history. It has dramatically changed the way we live our lives.

And yes, it has contributed a lot to convenience in communication, information gathering, business process, and others.

But it’s not something that’s purely positive with regards to effects.

With all the benefits of the web come several negative consequences. Two of these unfortunate things we can’t control because of the existence of the internet are hacking and online fraud.

Here are some interesting facts about hacking that you should know:

Hacker, as defined in your typical dictionary, originally means a person who makes furniture using an ax. But because of the rather blunt and sharp method, the word is now associated with a person who gets the pleasure in formulating an unconventional (and illegal) solution to some sort of technical problem or obstacle.

Historically speaking, computer hacking first emerged in the late 50s (Yes, they already have computers at that time). Members of the Tech Model Railroad Club in MIT became quite obsessed with electric switching that they attempted at producing punch cards in order to control an IBM 704 mainframe. Worth noting is one of their first programs. This was a code that illuminated the lights on the console of the mainframe, making it appear like there’s a ball zipping from left to right and vice versa when the switch is flipped.

After that, perverted brilliance came after in the name of John Draper. What he did was he used a toy whistle to match the tone used by the long distance switching system of AT&T. As a result, he got free and unlimited access to call routing, which by the way got him jailed for. Now with the inspiration from Draper, Steve Wozniak and Steve Jobs (sounds familiar?), made and then sold “blue boxes” or electronic versions of the whistle from Draper. As a matter of fact, Wozniak used this device to call the Pope in Vatican, claiming to be Henry Kissinger.

Since then, hacking, no matter how brilliant it can be, has been condemned, sensationalized, and opposed by practically every authority and government. Anyhow, here are more interesting historical facts:

–          The 1983 movie, WarGames is the first Hollywood film about hacking. It is about a kid who was able to break into the Defense Department computer.

–          Six teenagers from Milwaukee hacked into the Los Alamos National Lab. Yes, that’s the same lab that allegedly made and developed nuclear weapons.

–          A certain Robert Morris created a worm. It was a self-replicating program that aims at evaluating internet security. Now we all know what happened to the “worm.”

–          Ever heard of the guy named Gary McKinnon? No? He’s a British hacker who successfully broke into almost a hundred computers used by the U.S. Army, Navy, NASA, and even the Pentagon.

–          There’s a rumor that the People’s Liberation Army (China) was responsible for the attempted hack of the U.S. power grid in 2003, resulting to a great blackout in North America.