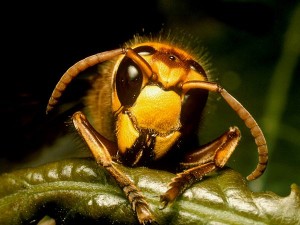 The most recent attacks of the Asian killer hornets in one of the remote provinces in China have resulted to more than 20 deaths and almost 600 people injured.

According to authorities, the insects become active and attack people when their breeding nests are disturbed. Hornets are aggressive when defending their nests and they sting when provoked or threatened.  Some people are allergic to the toxins produced by the hornet stings.

One of the witnesses described how the hornets swarmed a woman and child who later died due to the toxins from the insects. It was observed that the hornets are sensitive to the smell of people. They also want to chase those people who run away from them. Most of the stings are found on the victim’s  head, hands, neck and feet.

The deaths and injuries happened in the remote areas in the central Shaanxi province. With the increasing number of incidents, a 24-hour emergency team will be created by the local government to respond immediately to hornet attacks.