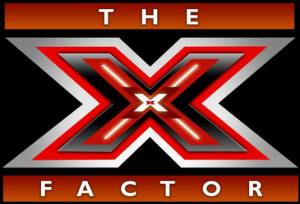 An ‘X factor’ or an oomph factor refers to an attitude or a screen presence that exudes confidence and positive vibes.

A contestant having an X factor is known to have a quality that can enthrall the audience with a scintillating performance. It can be either in terms of physical appearance(beauty) or a special magnetic quality which can charm people.

An X factor is commonly heard in reality shows where a particular performer is known to deliver hits because of this quality.

A very popular talent show is becoming the latest sensation in music competition around the world. X Factor began as a local singing competition in the U.K.

Simon Cowell, who was a former judge in another British TV music competition, started the show in September 2004. It has reached phenomenal success in succeeding series, most notably the 6th UK series of 2009 where it has become the choice of more than 60% of viewers in the country.

The show quickly spread to other countries and soon became an international franchise. Currently there are 70 winners all over the world, including successful international singer and recording artist, Leona Lewis, and the latest in winner in Slovenia, Demetra Malalan.

X Factor is more than just a musical talent show. It’s all about that undefinable “something” judges believe is the defining factor that sets star quality talent from just another talent.

It’s more than just the voice, vocal range, or athleticism; it’s the quality that makes international pop stars and recording artists. You can think of anything to be an “x-factor” – personality, charisma, extraordinary talent – but in the end, it’s the judges who can really tell what that “something” is that they’ve been looking for.

If you’ve watched Pop Idol or the Idol Series in different countries, you can find a lot of similarities with the X Factor series. It’s not surprising because the show is created by one of the former judges of Pop Idol.

Months prior to the actual airing of the show, auditions are held in front of a large crowd in many places around the country. Those who pass the first audition will be given a “golden ticket” and will be invited for the second and third audition.

Only those who pass the third screening are the ones who will actually perform in front of the judges, not all the participants in the field auditions as the TV series would suggest. Potential candidates are decided through a majority vote by the judges and are sent to the next phase of the competition.

At this stage, contestants will undergo a “boot camp” where they will be going through a series of assessments and will be aided with the song selections that will bring out the best in their performances. They will be mentored by judges who will choose from among the potential candidates the final lineup who will advance to the live performances.

After trimming down their number to just a few candidates, the judges will disband for the “boot camp” stage and the final list of contestants will be ready for the live episodes of X Factor series.

The show has gone through a lot of changes particularly with the number of performers. From 9 performers in series 1, it went up to 16 in the series 8 with the addition of 4 wildcards.

After each performance, judges will give their comments Some even lead to heated disagreements among the judges. But eventually it will go down to the audience to decide who they would like to stay in the competition. Public voting is done through the phone line. Those with the lowest number of votes will leave the competition until only 4 or 5 remains.

The finalists will perform twice in the final round and public voting is done immediately after the first performance. This goes on until eventually it goes down to 2 or three finalists. The overall winner of X Factor will be decided entirely by public vote.