Costa Concordia: From Splendor to Tragedy 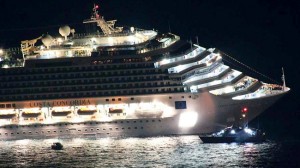 Costa Concordia tragedy can never be easily forgotten; dubbed as the modern titanic, the sinking of this cruise ship easily became one of the newest big ocean tragedy of this year.

Undoubtedly, the Costa Concordia is one of the largest luxury liners to meet its tragic end this year. Apart from the terrible loss of life, the Costa Concordia tragedy also left behind negative effect to the country’s economy. All public and private boats were temporarily banned from entering the Giglio Port and naturally residents of the nearby areas fear that the incident might keep tourists from going to the place which could result in further economic and tourism problem.

On January 13, 2012, Costa Concordia met its final voyage 2 hours after it cruises from Civitavecchia for its usual 7-day journey. According to the record, a total of 4,229 people (3,206 passenger and 1,023 ship crew) were aboard during that time.

A little before 10:00 in the evening, late night diners heard the loud banging sound and experienced the cut-off of lights, which the staff initially announced as electrical malfunction, it was later on revealed that the ship hits the reef at Isola Del Giglio causing it to partially sink.

Evacuate order was given around 10:50 pm causing people to panic, others jump into the ocean in an effort to save their lives. Sometime during the heat of the moment, the captain of the ship was allegedly seen in a lifeboat leaving the ship and all the stranded passengers behind. Since his abandonment, the evacuation and rescue were taken over by the Coast Guard but at that time, the ship was submerged to nearly half.

Up to present, the reported number of fatalities was 17, one of which is still unidentified, 16 people were still not found but authorities already presumed them dead. Although, rescuers were still hoping to find the missing bodies, their focus now shift to salvaging the ocean from the impending oil-spill doom by removing the ship’s 1.9 million liters (500,000 gallons) of fuel.