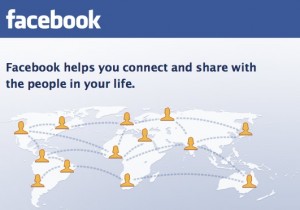 Social networking sites have redefined social life by taking it to the next level. They allow us to socialize with other people in different countries across the world, share ideas and interests, find our friends and relatives abroad, looking for business opportunities, among many other things.

Statistics show that the world is currently obsessed with Facebook.

To prove how much Facebook has influenced the world, particularly the English speaking countries, the Collins English Dictionary added a new word to the English vocabulary.

Most of the site’s revenue is derived from advertising. One of its business partners includes Accell Partnes, Digital Sky Technologies, Meritech Capital Partners, Microsoft, among other private investors and stockholders.

Facebook’s site is valued at $41 billion with an annual income of $52 million dollars in 2006 to $2 billion dollars last 2010. The numbers are expected to grow in succeeding years due to the explosion of social networking in many countries around the globe.

How Facebook started? The origin of Facebook is attributed to Mark Zuckerberg, a graduate of Harvard University, and a well-known American programmer and Internet entrepreneur. He created the Facemash site when he was a college sophomore and attracted a large number of viewers with its “what’s hot, what’s not” online voting. Photos acquired from Harvard’s protected database consisting of private dormitory ID images are placed side by side and viewers must choose the “hotter person” who will then be ranked based on results. Just days after it went worldwide, traffic started to skyrocket.

Eventually, complaints about privacy and unauthorized use of the school’s protected database led to the extinction of Facemash. It was later superseded by the Facebook intended for Harvard students of College only.  Having seen the potential of social networking, Mark and his associates decided to take a logical step – to expand membership from other schools, this time without the restriction for students in high school. Finally, after purchasing the domain name facebook.com (dropping the “the”), they went global, and rest, as they say, is history.

However, there is danger if a person’s life is controlled by the social networking sites. Too much of anything is not good.

(CNN Health, April 23, 2009) “Problems arise when users ignore family and work obligations because they find the Facebook world a more enjoyable place to spend time than the real world.  The person says she checks Facebook first thing when she wakes up, and then she checks her Facebook page as many as seven times while at work, and then she’ll check Facebook again when she gets home and one more time before she goes to sleep. If you’ve been keeping count, that’s about 10 times a day.”

History of the Internet