Interesting Life Under the Sea 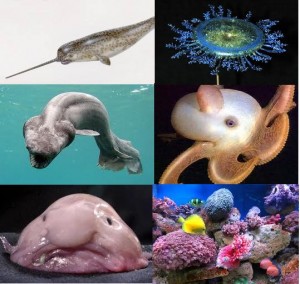 Our oceans hide amazing secrets waiting to be discovered. It’s a marvelous world beneath the blue waters filled with incredible beauty and diverse marine life.

People who have explored the depths remark this surreal experience as though they were in a different world untouched by human civilization.

Nowadays, due to science and technology, there’s nothing people can’t discover no matter how deep it is. Underwater exploration and scuba diving are one of the best ways and activities you can enjoy to see the life and the magnificent beauty under the sea.

Beneath the sea are the coral reefs teeming with fish, plants and beautiful surroundings. It is also interesting to know that under the sea are some of the weirdest, peculiar and never before seen marine animals with over millions of years of existence in the depths. Here are some of them:

To view those never before seen places under the sea why not visit one of the most famous diving sites around the world: