Interesting Largest Objects in the World

According to Colin Powell, American Stateman and the 65th United States Secretary of State, “If you are going to achieve excellence in big things, you develop the habit in little matters. Excellence is not an exception, it is a prevailing attitude.”

Here are some interesting largest objects prepared by people and organisations with the passion to achieve excellence.

On January 25, 2009, the Kraft Foods in Mexico made the largest cheesecake with a weight of 4,703 pounds, a diameter of 8 feet and 2 inches and a height of 1 foot and  10 inches. The ingredients used were yogurt, cream cheese, sugar, cookies, strawberries and butter. The cheesecake was prepared by Chef Miguel Angel Quezada with the help of other 55 chefs. Itt took them  60 hours to complete the cake.  A total of 20,000 slices of cheesecake was shared to people in Mexico City. 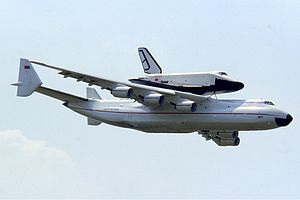 The largest plane is the  Antonov An-225 Mriya built in 1988  by the Soviet Union’s Antonov Design Bureau.  With a gross weight of 640 tonnes, the aircraft was used by Russia in their space program to airlift rockets and space shuttle.  The plane’s role is a strategic airlifter and is still in service.

The largest and also the tallest thermometer is  found in Baker, California.  Built in 1991, the  thermometer is 134 feet tall and first owned by a local businessman named Willis Herron. The towering instrument has been damaged and rebuilt several times. It was also sold to several business owners who have used it to attract customers. In 2012, the thermometer has to be turned off due to the energy crisis and economic situation considering that its electric consumption has reached $8,000 USD  per month. Until today, the thermometer still stands as a landmark in Baker, California is now listed for sale.

The Churaumi Aquarium in Okinawa, Japan measures 35 meters wide, 10 meters deep and 27 meters long. It contains 7,500 tonnes of water.  The size of this aquarium is compared to the size of three Olympic swimming pools.

The largest swimming pool is  found in  San Alfonso del Mar Resort in Chile.  It was built in December 2006 with an area of 8 hectares. The deepest part of the pool is 115 feet. The treated water in this pool is pumped from the Pacific Ocean.