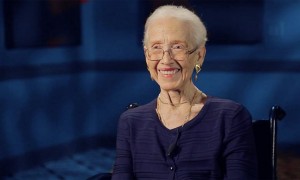 Katherine Johnson is responsible for landing the men on the moon safely, all thanks to her computations. Her life story is also the inspiration of a motion picture “Hidden Figures. All of this fame hasn’t been with her for long as her genius was just recently discovered and recognized.

An unsung science and mathematics hero

NASA announced Johnson’s death on Monday. She died at the age of 101, in which she spent most of her time on science and discovery. NASA’s very first stellar missions are all fueled by mathematical equations that are made possible by Johnson and her team of black women. Their group is named “Computer Pool”.

Dorothy Vaughan and Mary Jackson were Johnson’s company on their team. They only gained recent attention after the publishing of a certain book, “Hidden Figures” which turned into a motion picture shortly.

Former President Barack Obama recognized Johnson’s contribution to America’s progress in stellar research and travel. He awarded her the Presidential Medal of Freedom.

NASA acknowledged the contribution and Johnson’s genius by renaming a facility with her name last year, 2019 of February. Additionally, a street is named “Hidden Figures Way” to give honor to the three women of science and mathematics of the group “Computer Pool”.

Genius in the making

Her NASA biography suggests that she out of this world mathematical skills is already evident and is still increasing. This proved when she became one of three black women to be in a prestigious graduate school.

Due to an executive order that eliminated racial discrimination in the defense industry of America, Johnson’s career slightly shifted. She went from lecturing to entering NACA, the National Advisory Committee for Aeronautics.

After a career on a facility segregated wing, Johnson transferred to Flight Research Division for years to come. Following the space race of America and the Soviet Union, she has tasked a very important mission that would dictate America’s standing on the space race.

She was handed the 1961 Alan Shepherd mission which her role is to perform trajectory analysis. Her accuracy gained her popularity which made a lot of missions successful and safe.

Katherine Johnson is being mourned and remembered by the Americans which includes Jim Bridenstine, NASA’s administrator. He even went far and called her an American Hero.

More Government officials said their condolences to Johnson and her family including Sen. Kamala Harris who is responsible for a hanging bill in honor of the late American Hero and the motion picture, “Hidden Figures”. “A barrier breaker and inspiration for women of color everywhere, Katherine’s legendary work with NASA will forever leave a mark on our history,” Sen. Kamala Harris said in a tweet.