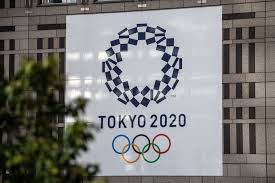 Officials are deliberating about the postponement of Olympics 2020 in Tokyo. It was initially still planned to happen in summer, despite the growing threat of the global pandemic, COVID-19.

Thomas Bach confirmed the consideration of postponement of the much-anticipated event through a letter. The president, however, added that a formal decision and announcement would happen within the next month.

The president says that the officials have started meeting with the stakeholders to make plans, including the said idea for the postponement of the event.

Canada officials, however, reacted to the said letter, saying that they won’t send in their athletes if the Olympics is not postponed.

The Canadian Committee implied that the issue isn’t all about the safety and health of the athletes involved, but also for everyone that will attend and organize the Olympics 2020.

The committee added that attending the event would also violate the public health advisory that Canada issued.

Canada was the first one to react to this situation and saying no for attendance.

Shinzo Abe, the Prime Minister of Japan, gave his opinion regarding the event. He says that the postponement may go through if the Olympics 2020 wouldn’t be executed thoroughly. It was also the first time that the Prime Minister addressed the problem and delay discussions.

Tokyo’s Organizing Committee President Yoshiro Mori said that they would like to make the Olympics a reality within 2020. They are also deliberating and continuously monitoring of what they can do within the one-month timeframe.

According to Mori, they will conduct simulations to have an insight into what’s the best approach to the problem. The simulations will start in 1 month and will scale up to a year.

More athletes and organizations are calling for postponement, saying that it is best to move the event for next year.

Participants of the said event are also facing a lot of difficulties when it comes to practicing their sports because of the COVID-19 threat. They are still following safety protocols and public health advisory, so their movements are limited.

In addition to Thomas Bach’s letter, he also said that making a hasty decision this early is not the best option.

Bach also explains that nobody knows when the virus will last or when it will completely vanish, which is the main reason why they can’t give out any answers as of the moment.