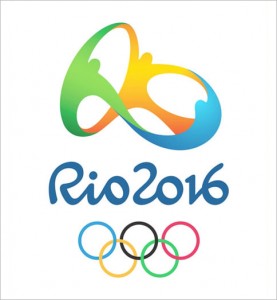 It’s barely four weeks before the Summer Olympic Games start in Rio de Janeiro. The city’s Maracaña Stadium will serve as the venue for the opening and closing ceremonies of the Olympic Games that will start on August 5 and will end on the 21st. In the history of the Olympics, it will be the first one that will be held in South America.

While doing the countdown, it may be helpful to know some interesting facts about Rio. Because as you know, going the venue of the games is also a great time and opportunity to explore the city and discover its attraction sites, people, food, music, arts and culture.

Here are some facts that may surprise and interest you:

If you’re a fan of or interested in making street art, you’ll definitely fall in love with the city because graffiti is legal. But, you have to acquire a permission first before you can spray your creative juices on walls and abandoned properties along the city streets. The liberal policy on street art has made Rio a haven for graffiti artists. Today, the city looks like a huge beautiful mosaic of different works of art.

In January 1502, Portuguese explorers landed on the city and saw an iconic bay, which they named as Rio de Janeiro or “River of January”. They thought that the bay is a river, thus, the name Rio de Janeiro was used and wasn’t changed since then.

If you think the United States or some popular city in Europe served as the venue of the world’s largest concert, you’re wrong. It was in 1994 when the city hosted the world’s largest ever concert. An estimation of more or less 3.5 million people watched Rod Stewart’s concert that was held in Copacabana beach.

Until today, no football match has broken the record of the 1950 World Cup Final that was held in Rio’s Maracaña Stadium. The fight between Brazil and Uruguay has gathered 173, 850 spectators according to official records. However, there were those who are saying that there are more spectators than the recorded figure. In the match, Brazil lost to Uruguay with the final score of 2-1.

With these facts, you can expect that Rio will deliver in hosting the upcoming Olympic Games.