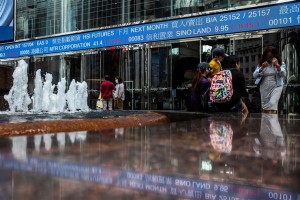 The world is fighting the coronavirus but it seems like we are still far from finding a solution to this highly contagious and fatal unseen enemy. It’s a given that almost all nations are focused on defeating Covid-19 first but while everyone else is busy fighting the virus and putting an end to the curve in infection rates, nations are taking a huge hit from lockdowns.

Major economies including Italy, Spain, South Korea, and more are imposing lockdowns. Only essential businesses are operational at this time and those includes groceries and pharmacies. As almost all of the world is in lockdown, economists are fearing the worst as the price of commodities and even stocks on the stock market are taking a deep dive. Are we in for another big recession?

China became one of the first countries to be hit hard by the coronavirus and everything was put to a stop by the end of January. When economic activity declined, the demand for oil went down as well. As one of the biggest consumers of oil, the oil industry took a hit that many economists fear that the sector might not be able to rise up from.

Aside from the global lockdown, another issue affecting the price and demand for oil is the oil price war between two of the world’s largest producers; Russia and Saudi Arabia. As the two nations continue to seek for dominance over the oil market, the sector is going to be affected even further and experts are worried about how the volatility will go on even after the lockdowns worldwide.

Last March 9, global stock markets collapse. The downtrend saw the sharpest falls in the stock market since the 2008 financial crisis and things are getting worse as is. Oil remains to be the backbone of many industries and with it having its biggest struggles, companies are even more worried about their future as the lockdowns continue to happen on a massive scale.

What’s even more worrying is that the US is already starting to have outbreaks nationwide. This is causing more concern in the industry as the US is one of the largest consumers of oil next to China. For now, it’s hard to say when the outbreak will end but economists are already preparing themselves for the worst. The recovery of the oil sector is crucial for the recovery of other industries once the outbreak has been dealt with.