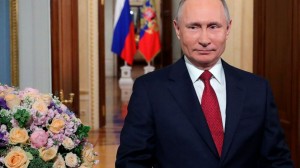 A change to Russia’s constitution is being pushed through that will enable incumbent President Vladimir Putin to re-run for his position. The next election is set to be in 2024, and when the change becomes successful, Putin will be able to reign for 30 years more.

It has been domination for Putin in the Russian government. He is a successful political figure for over two decades. It was reported that his intentions are clear, and is arguing that term limits aren’t necessary when facing difficulties.

The constitutional change would allow Putin to go back to square one, implementing a reset to his presidential term. He is supposed to step down in the next four years, as his second term is ending.

This change that they are pushing through, however, would also affect the next leaders. The future presidents next to him would have a two-term limit imposed on them.

State Duma is reported to back Putin’s agendas. Federation council also expressed their support to Putin.

Upper house speaker Valentina Matviyenko states that Putin should have the chance to run for another election. She also praised Putin’s efforts and achievements for Russia with he’s two decades of serving.

Several predictions and calculations state that Putin may be able to stay as Russia’s leader for a total of 36 years, including his current reign. By then, he will be 83.

Regional parliaments alongside the constitutional court are the ones who haven’t given their approval for this change yet. If everything is settled by April, then Putin may legally run for elections again in 2024.

If everything is in favor of Putin and his plans will be executed the right way, he can even surpass Josef Stalin, a previous and famous Soviet leader. Tsar Peter the Great is also one of the leaders who have stayed in governance for a long time, but in his case, it was 43 years.

Not everyone is in favor of Putin’s intentions; several activists and critics are planning for protests to show their opposition. These plans for protests and events for activism is still unclear due to the COVID-19 outbreak. Moscow authorities are stringent when it comes to crowds and a large number of gatherings. The bans that they imposed are supposed to last up until April. Protestors’ main reason for their opposition against the President is his very long period of governance.

Although not all are in favor of Putin’s actions, he remains as the favorite of many Russians because of the quality of his leadership.