Refreshing Facts About Coca-Cola that You Might Not Know 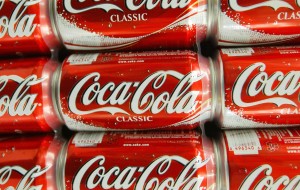 Ah, Coca-Cola, one of our favorite drinks then and even until now. But, in spite of its worldwide recognition, it has a long history that many people still don’t know. But fret not as we reveal some of them.

In spite of its popularity around the world, apparently, some people still don’t know it, particularly in North Korea. This is because in this country, Coca-Cola is banned due to trade embargoes. Flights to North Korea offer Coke, though. But once you step in the country, you’d have to say goodbye to your favorite carbonated drink.

We all know that this soft drink is the embodiment of America. Moreover, Georgy Zhukov, Red Army general loved it that much. Thus, he asked the brand to create a clearer version of it so he could cloak drinking the said American product during the World War II.

The kola nut was actually one of the main ingredients of Coke. Hence, they got the word Cola from it. While it’s no longer used as one of the ingredients of the famous soft drink, they still managed to keep such name.

While many see Coke as a drink that is bad for the health, apparently, Coke wasn’t just a soda. Back when it was invented, it was actually marketed as a medicine, a nerve tonic to be exact. No one knows if it was because of the cocaine has (back in the day, one of the ingredients for Coke is cocaine) or its sugar content but Sigmund Freud even drank the said product for his depression.

While we see Coke and Pepsi as rivals in the market with upfront and savage ads against each other, the latter actually saved the former in 2006. Apparently, two Coca-Cola employees tried to sell the brand’s trade secrets, including some information on a beverage that was still in development, to its rival, Pepsi. While this could be a huge advantage for the rival brand, Pepsi decided to alert Coke, as well as the FBI about the offer. The employees then received years of sentence. Pepsis told news outlets that the act done was to keep the competition between them “fair and legal.” Imagine if Pepsi took advantage of the situation.