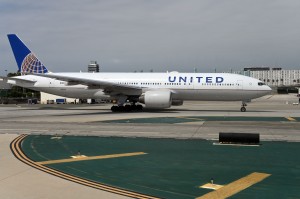 Just last month, an unlucky passenger on a United Airlines flight was stung by a scorpion during a flight which led the crew to rush her to the hospital immediately. The flight in question was flight 1554 which was bound to Atlanta from San Francisco. Upon landing in Atlanta, the passenger was immediately attended to by medical personnel.

According to a United Airlines passenger, the crew consulted with a physician on the ground who was ready to provide medical guidance immediately. Luckily, the woman was able to get off the flight without any fatal consequences to her body. Just how would a desert-dwelling scorpion find its way aboard an airplane all of a sudden?

There’s no actual explanation as to why scorpions are able to get inside airplanes. There’s a chance that some passengers might’ve brought one on board by accident when it got inside their luggage. It could also be that the scorpions just saw the plane as a place to venture into in search of food. Regardless of what reason, it should be obvious by now that we should be very vigilant even when traveling in the safety of an airplane.

This isn’t the first time a scorpion has disrupted a flight on air. Last February, a scorpion came out of an overhead compartment during a Lion Air flight in Indonesia. Though no passenger was harmed this time, it certainly sent every one of the passengers in a quite a stir. Then the following March, there was another case of a scorpion stinging a woman. This time, it was on a flight in Canada.

The good thing is that there are only 30 species of scorpions that are actually poisonous. That’s out of 1,500 total species. While their stings are certainly painful, only a handful with leave you with fatal consequences. Still, that doesn’t mean passengers should take scorpion stings lightly.

This issue wasn’t a bad way to end the year for United Airlines. Hopefully, they don’t run into any bad scorpions anytime soon as it could put an even bigger dent on their reputation.