The Birds are Shrinking; Study Suggests Climate Change is to Blame 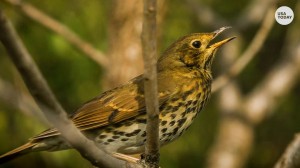 Climate change has many known adverse effects including but not limited to the melting of the ice caps and the rising temperatures worldwide. However, it seems more and more like people and governing bodies should consider heavier laws regarding the matter as more studies reveal the horrifying and irreversible effects of climate change.

According to a recent study, it seems like climate change is to blame for the decreasing size of birds. Researches observed over 70,000 specimens from 52 North American migratory bird species which have been collected in a span of 4 decades. The findings? The researchers say that almost all species of birds were getting smaller.

Previous studies on the effects of climate change to birds have been done before. However, the focus of these studies remains on other aspects such as geographical range, migration, and behavior. As the recent study shows, it seems like morphology is a crucial aspect worth looking into as well.

To put into perspective, the findings reveal that throughout the period of the study, the length of the specimens’ lower leg bone has shortened by 2.4%. Moreover, their wings have lengthened by 1.3% as an effect of the smaller body size. The findings are indeed surprising but why is it happening in the first place?

For birds, migration is a taxing process. As the temperature warms up, it will be harder for birds to migrate as it will be more exhausting. To cope with the changes, birds have started to adapt by evolving with smaller bodies so that they expend less energy when migrating from one place to another.

There are other theories as to why birds are becoming smaller. One is that smaller birds can cool off a lot faster than big ones. It’s worth noting that birds aren’t the only species getting smaller due to climate change. Other studies have looked into its effect on salamanders and mountain goats as well.

The effects of climate change is certainly horrifying and there could be more we have yet to uncover. Hopefully, the rest of the world begins taking more action towards it.