UK May Negotiate Economic Connections with the Philippines After EU Exit 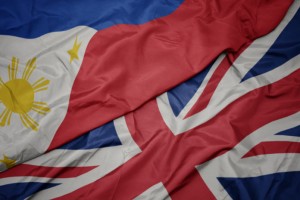 The United Kingdom’s plan to leave the European Union will enable them to have free-trade agreements with different countries around the world. According to Richard Graham, UK’s Trade Envoy, the EU exit would make a Philippine FTA highly possible.

Graham is visiting the Philippines as part of their annual visit. His stay will be purely about business.

Mr. Graham said on Tuesday that the UK is considering looking at Manila as the capital to do the trading. Graham told several reporters that a trade agreement with the Philippines would be beneficial for both parties.

According to him, the UK would greatly need to help in terms of agriculture. They would then be able to supply a lot of consumer goods, gadgets, and high-tech products in the market. Although the possibilities for an agreement is certain, the Philippines would have to wait more time.

Graham said that the UK is currently aiming and prioritizing bigger countries like the United States, Japan, China, and Australia.

Deals and agreements with Southeast Asian countries would only become available once the bigger countries have agreements.

Chris Nelson, Chairman of the British Chamber of Commerce Philippines said that the Philippines should follow the Generalized Scheme of Preferences Plus. He also added that in 2021, the UK would prepare a treaty that would have a system like the GSP Plus.

Nelson said that the Philippines would still need to wait in line as there are several high priority countries in Asia at the moment. Currently, they are aiming at Malaysia and Singapore. The Philippines wouldn’t be that far down on the queue, it might even be inside the Top 5.

“I think it’s true to say that in terms of this overall size of bilateral trade, I think probably Singapore is No. 1 for us,” he said. “I think Malaysia is probably second. The Philippines and Indonesia are not far apart and the rest of ASEAN afterward.” Nelson said.

Nelson and Graham both agreed that the Philippines should be clear with their business structure, suggesting that the tax system should be transparent. This is a direct call to a bill called Corporate Income Tax and Incentives Rationalization Act (Citira).

As of the moment, the corporate income tax rate is 30, and the Citira bill aims to lower that number to 20 by 2029.

According to Nelson, “There’s a need for the Philippine government to come to clarity in terms of the tax law. There should be some sort of midway between the government and investors when it comes to the subject of rationalizing incentives,”