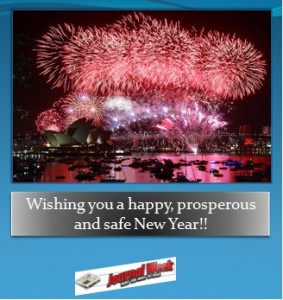 The New Year’s celebration was first observed in Babylon about 4000 years ago.

For most of the people, the start of the New Year means another chance to clean up their lives, correct the bad habits and plan for a better year.

In every country it has been a tradition to welcome the New Year with spectacular fireworks display, fun-filled celebrations, live concerts, family gatherings and sumptuous food.

The New Year’s Eve marks the beginning of the 365-day Gregorian calendar and most people around the world would celebrate this annual event with social gatherings and special events.

The first places to welcome the New Year are Christmas Islands, Kiribati and Samoa.

How to say and greet Happy New Year in other language

May every  New Year brings hope of peace, love and happiness to mankind.