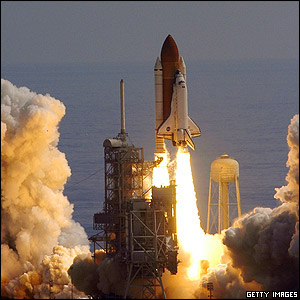 Space has always been considered the last edge of exploration for mankind, the final frontier or the great unknown. Ever since the dawn of men, people have always wondered what lay out beyond the outskirts of Earth’s grasps.

With the revolution and innovation in technology, mankind finally has to escape the holds of the planet and begin space exploration.

It all began back in April 12, 1961 when the Russian Cosmonaut, Yuri Gagarin became the first man to ever be in space. He didn’t go to the moon but spent some time out in orbit.

First Landing on the Moon

The very first person who laid its feet on the moon was the late Neil Armstrong, an American Astronaut. He is mostly remembered for his quote, “One small step for a man, one giant leap for mankind.”

Armstrong was then accompanied by his fellow Astronaut Buzz Aldrin. They were out on the moon for approximately twenty hours, taking samples of Lunar soil and conducted several experiments on the surface to study how the moon behaves without an atmosphere.

One fun fact is that astronauts usually report that the Lunar soil smells like gun powder yet when the soil is taken back to the Earth the material loses this characteristic and becomes odorless. Armstrong, Aldrin, and their third companion Collins were aboard the Apollo 11 mission, which was eight years after Yuri Gagarin’s space trip.

This period was then known as the Space Race. Instead of fighting wars with guns and bombs, Russia and the United States competed in space travel. These days the two nations no longer compete but instead help each other in sending more people out to space. As a matter of fact there has been collaborative work amongst other nations and the United States aboard the space stations such Skylab and Mir. The Chinese have also launched their space station known as the Tiangong project. They will have the largest space station up to the year 2030.

As of the moment, there have been plans to send people to Mars but the main problem is the distance, the cost, and the safety of the travelers. The entire Apollo program alone cost over $109 billion dollars (inflation considered) and there have been several mishaps throughout the years. Several Apollo rockets exploded, the most notable being the Apollo 13 and Challenger missions. Apollo 13 almost lost its crew after a module explosion in space but they were able to make it home while the Challenger shuttle exploded, killing all seven crew members.

These missions are all very important however. One day man may need to relocate to other planets or moons as the Earth is slowly dying. New energy sources could be found and even life forms. Mars is one of the most likely places humans could relocate to in the near future and is a hot zone for exploration.

Interesting Facts about the Universe