At A Glance: Steve Jobs and Apple 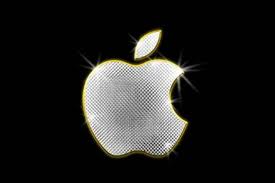 Apple’s dream of taking the computer world to a whole new level was finally taking shape in the recent years. Steve Jobs spearheaded the creations of groundbreaking digital technology like the Macbook Air, iPhone, and iPod. Sales skyrocketed, profits reached stellar heights of up to $1.58 billion, and competitors were in a frantic rush to surpass Apple’s newfound technologies. Jobs has won the patronage of the populace, making the company the No. 1 in America’s Most Admired Companies and in Fortune 500. His dream has finally become a reality.

Steve Jobs was the son of Joanne Simpson and Abdulfattah “John” Jandali, both graduates of the University of Wisconsin. He was given up for adoption to his foster parents Clara (accountant) and Paul Jobs (machinist and coast guard veteran) and was named Steve Jobs. He was 27 when Jobs knew about his biological mother who got married to another man and had another child, Lisa Simpson, his half-sister.

Jobs family lived in Mountain View Silicon Valley, California. At a young age, Steve and his father worked on electronics in their garage. Paul taught Steve how to take apart and assemble electronics. This became their hobby as father and son.

At the age of 12, Jobs wrote to the co-founder of the Hewlett-Packard, William Hewlett for a pastime job for his school projects. Jobs’ infatuation with the electronic industry surged after he was introduced to the future Apple co-founder Steve Wozniak, a brilliant computer engineer who work on HP during his senior year.

Interesting Facts:  The Beginning of Apple

In 1976 at the age of 21, Jobs and Wozniak met and started Apple Computers.

They made the first step in creating computers that can be used by anyone by making them user friendly and accessible for consumers at a much lower price. Apple Computer slowly gained popularity for the next couple of years. Sales peaked in the 1980 where the company has an estimated market value of $1.2 billion.

The years that followed were marked by unexpected decline in sales due to some flaws in their products’ design. Apple suddenly has to go toe-to-toe with IBM who surpassed them and began to dominate the business world.

Determined to win the race, Apple made a different approach to computers by making it unique from the rest of world. In 1984, they released the Macintosh. Despite being superior to IBM, it failed to surpass its sales due to compatibility issues. The next year, Jobs stepped down as Apples’ CEO.

He continued his passion with hardware and software in his new company – NeXT, Inc. He turned to animation films and invested $50 million to Pixar Studios to create groundbreaking CG animations like Toy Story, and The Incredibles.

After some setbacks with Apple’s revolutionary concept, they finally come up with a different way to jazz up their products and win the customers’ attention – stylish designs, branding, and products like iMac. Jobs, was credited for the success when he made a comeback after working with Pixar.