Interesting Facts about the Philippine Arena 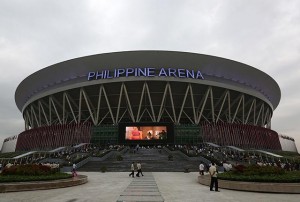 The largest indoor arena in the world  known as the Philippine Arena was inaugurated on Monday, July 21, 2014. Philippine President Benigno Aquino III and the Iglesia Ni Cristo Executive Minister Eduardo V. Manalo led the inauguration of the new  landmark in the country.

Yes, the distinction of being the “largest dome theater on Earth” will rightfully belong to a coliseum in the Philippines. It is located in Bocaue, in the province of Bulacan and is slated to house more than 50,000 people. It is commissioned and financed under the Iglesia ni Cristo – the second biggest church denomination in the predominantly Christian country.

The new arena came to prominence when it was featured in Discovery Channel, where the viewers of the show were treated on a tour of the amphitheater, which actually occupies roughly almost the entire 36,000 square meter area of the dome.

It will officially be called as the Philippine Arena and the show also highlighted some points that proof that the structure is earthquake proof even if it is about 30 kilometers in proximity to the West Valley Fault Line (Pacific Ring of Fire).

Aside from major church gatherings and events, the arena will also be used for sports and concerts. The design is general, which means that it is capable of holding all sorts of events including two of the sports Filipinos love the most – basketball and boxing.

It was revealed that the construction of the entire complex is worth almost ten billion pesos. It’s a kind of money that even the government of the country can’t afford to build.

But that’s not all. There are quite a few remarkable comparisons we can do in order to prove that the Philippine Arena is indeed something that will never be again replicated in years. Take a look at these facts:

But perhaps the most interesting fact of all is that the largest arena in the world is found in a third world country, which for many seems to be highly unlikely. But get that Madison Square Garden or Cowboys Stadium! The Philippines will get the distinction of being the home of the biggest multi-purpose indoor arena on Earth!