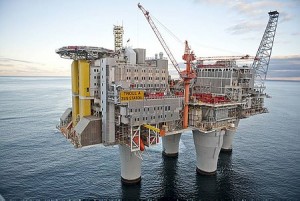 Norway is dubbed as one of the wealthiest countries not only in the European region, but of the world. Its economy, which is second largest globally, is anchored by oil and energy-based industries. According to studies, there are more than 200 billion-dollar companies thriving in this country. Wonder how this Scandinavian nation which is not a member of the European Union and has not adopted the Euro currency became an economic superpower? Three factors are cited: good governance, transparency and seamless banking and finance system.

Capital, whether through cash/loan, is an important element to build a business. If you are erecting a startup company, you are most likely to seek funding from public or private banking and financial institutions. There are also angel investors that are willing to shell out a good sum of money to fund your technological ventures. In Norway, they have segregated the banking system into three branches: savings, commercial and foreign banks. Savings banks are primarily driven by individual depositors and often extend consumer loan. The other two are more business-focused. They are responsible for reviewing loan applications and maintaining low debt levels in the country.

Investors’ confidence is boosted when they are able to trust the government of a home or foreign country. In the league of the most transparent countries for sustainable business, Norway ranked 7th. The Ministry of Trade and Industries serves as a library of information on how individuals and companies can do business in the country in accordance to the local legislations. As simple as finding banks that can extend loan without collateral  to real-estate properties and prospects, the website has got it all for veterans and startups alike.

Norway’s incredible $57,000 per capita gross domestic product in 2012 made it more than qualified to take the crown as the richest and happiest nation in the planet. The Norwegians are said to have the highest satisfaction rating when it comes to living standards. Nearly 100% revealed that they are enjoying the freedom to choose whatever they want in life. More than 75% said that they can completely trust other people in their country. Apart from this the education system in the country is well looked after by the government. They are also picking up in the tourism industry, attracting millions of tourists every year. Their extensive reserves of petroleum and natural gas made them the biggest energy exporter in the world outside Middle East.