Why Yahoo keeps on declining 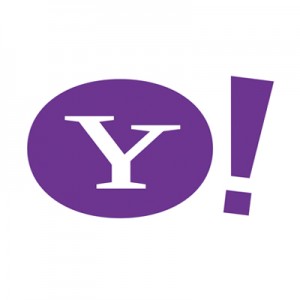 For the last several years, internet pioneer and icon Yahoo has been continuously declining.

During the recent annual shareholder meeting of Yahoo, one of the frustrated investors approached the search engine’s current CEO and asked why there is a seemingly unstoppable decline. Marisa Mayer evaded the question with her answer about the company’s current investments on growth. She added that the company is existing and operating amidst a very competitive space and thus, it invested in products that ensure attraction of the highest possible number of users on a daily basis.

However, the figures, what people see, and what investors feel don’t agree with the CEO’s statements. Experts have all agreed that there is really a decline and there are a number of reasons, which are more of a list of mistakes Yahoo has committed.

One major reason is its losing game with Google, which Yahoo has had the chance to acquire in 2002. That year, Google’s Larry Page and Sergey Brin offered the company for $1 billion. When Yahoo accepted the offer, the price went up to $3 billion dollars. That time also, the company didn’t value search as that important. As we know today, online search is the number one source of revenues and sales for every company involved in the online business.

Another factor that contributed to the decline is the company’s decision to reject Microsoft in 2008. The latter wanted to buy the former for a whopping $44.6 billion but for the company’s board the offer is too low. But the following year, it used Microsoft’s Bing after signing a deal. This after the company set aside plans to create its own search engine. Experts have expressed that this showed how bad decision-making affects Yahoo.

Facebook is among the top social media networks in terms of number of members, revenues and profits made annually. This is particularly true over the last few years. Yahoo offered Mark Zuckerberg $1 billion to buy Facebook. Zuckerberg turned down the offer but there were reports saying that if the offer were increased to $1.1 billion the board would have accepted the offer.

There are other factors but it is also important to mention the weak and bad leadership. A strong leadership is what makes other rival and related companies succeed today. Some examples of strong leaders are Eric Schmidt of Google, Satya Nadella of Microsoft, and Steve Jobs of Apple.

The future of Yahoo will now be heavily influenced by how CEO Mayer leads the company.