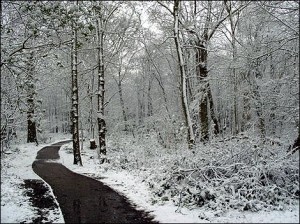 What could have caused the world’s coldest winter? Can this be a result of climate change or global warming? Who are to be blamed for this?

Many people believe that there is something wrong with the earth. Let’s consider what happened to the country of Russia when they suffered from this coldest winter phenomenon.

Last October 4, 2010, Russia Times reported that they experienced a long time coldest winter. Yes, Russia had experienced a lot of normal winter times for how many years but this by far is the coldest they ever had in the past 1,000 years.

They believe that the sudden change of the climate is because of the speed of the Gulf Stream which was half shrunk for the last couple of years. According to the Polish scientists the stream was unable to balance the cold from the Arctic winds which explains why this incident happened. They added that the stream had completely stopped and now the New Ice Age in Europe begins.

According to Polish Climatologist Mikhail Kovalevski, if this thing continues to happen and the climatic zones will move from North to East direction, the land will become permanently frozen. However, Russian meteorologists spearheaded by Alexander Frolov hold the middle ground. He said that the Gulf Stream is powerful enough to control its climate and will warm up Europe again and again. In fact, it made a lot of importance to both Scandinavian and Russian nations. However, the problem is on how to prevent heat in the surface from going into the atmosphere and help melt the ice in the surface as well as to turn back the solid fresh water into its original form.

The late H.H. Lamb, one of the world’s greatest climatologists said that the intense coldness of the winter is one of the biggest signs of having a new ice age in the land.

Who is responsible for this phenomenon? Is it due to environmental abuse of its inhabitants or can this be the result of industrialization?

Many agree that the human activities also can contribute to the occurrence of unexpected climate change. The excessive misuse of our natural resources will lead to certain problems which no single knowledgeable man on earth has ever come with the most feasible solution.