El Niño in the Tropics 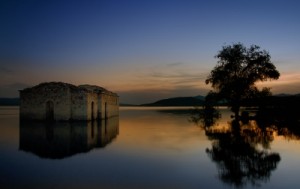 Western and Eastern countries along the borders of the Pacific are among the ones that have been greatly affected by this unusual but recurrent anomaly known as the El Niño or “the small boy” in the English language.

The name was coined with reference to baby Jesus who was thought to have been born on the month of December, the time when El Niño occurs at a specific interval of years.

States along the eastern seaboard such as California, Nevada, and Mexico in central America are the ones take serious damage caused by El Niño phenomenon. The higher than normal surface temperature of the Pacific ocean cause high volume of water vapor in the atmosphere at a faster rate. The result: frequent thunderstorms, heavy, persistent downpours, flashfloods, mudslides and other catastrophic events.

Because trade winds momentarily stops or reverses, Asian and Australian countries to the west of the Pacific also suffer from its effects, only this time, the opposite of what is being experienced by countries to the east of the Pacific. Here they suffer from severe drought, low rainfall, and intense heat. Both land and sea temperatures increase dramatically, affecting their most common source of livelihood such as farming and fishing. Arable lands dry up completely and fishes migrate to cooler regions since plant and animal life can barely thrive on warm waters.

Science provides an explanation to this event. Normally, the thermocline in the equatorial region of the Pacific produces an upwelling on one side (Tahiti). Water temperature in this region is much cooler compared to the warm waters in Darwin. This causes the so-called trade winds moving from east to west where there is low pressure. Then, they would travel back westward along the stratosphere, and the cycle continues.

At some point however, these cycle gradually weakens due to oscillation of the thermocline. Warm waters completely overwhelm the cold waters beneath, preventing the upwelling, and causing low pressure at the entire length of the surface due to faster rate of evaporation. Hence, the occurrence of El Niño. Although its effects are more pronounced in the Pacific, studies suggest that there is also an Atlantic version of this phenomenon.