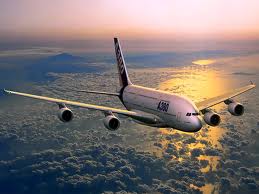 In the past years, before the realization of aviation, it’s been thought of by previous people that Air Travel is impossible to achieve. But the concept of traveling through air has been fueled by the theories and ideas behind the kites, floating lanterns and hot air balloons, on many parts of the world.

The idea of making it as a means of transportation began when hot air balloons have become popular, through the innovations of Montgolfiers. It has later been enhanced by Jean Pierre, adding human power to hot air balloon, so people riding it can maneuver where it should land or the direction where it should follow.

When the Wright Brothers have flied the first air craft on December 17, 1903, it is then the beginning of air travel, as it brought the idea of aviation into reality. By then, it became a useful transportation means from World War One to World War two, until today.  In this modern era, air crafts are used for private as well as commercial mode of transport and play a huge part not only in the tourism industry  but also in economic growth.

One of the most exhausting trips is those, in which you need to wait hours and hours sitting on your place for your arrival.  Here is a  list of long air flights in the world:

Stress and anxiety are never absent when it comes to travel, may it be short distance or long. However, the longer the travel, the greater the pressure and stress you may experience. Here are some tips for such type of travel.