The Wonders of Fruits in Fighting Cancer 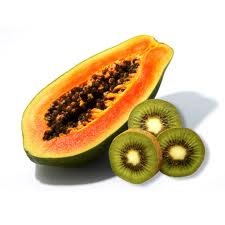 Research shows that a person who eats fruits and vegetables has noticeably youthful looks and positive disposition in life. Not only that; vegetables and fruits also contain vitamins and minerals needed by the body to maintain good health.

Some of the benefits of constant consumption of fruits include lowering the risk of many kinds of diseases including stroke, high blood pressure, heart problems and cancers. It is also beneficial in weight loss as well as boosting the immune system.

An early study of several universities like Ohio State University indicates that consuming dark colored fruits like grape, blueberry, and cherry can effectively prevent or slow down cancer cells. The study started with the isolation of anthocynins (juice color violet, blue and red produced by plants) and treatments made from grape juice.

Here are some of the fruits  known for their cancer fighting agents:

Pawpaw is also known as papaya, papaw, tree melon or its botanical name Carica Papaya. It is a yellow oval-shaped fruit with black seeds and sweet flesh which tastes something like mango and banana. This fruit is native in Mexico, Thailand, Africa, Central America, Australia and Asia.

Kiwi is an exotic, hairy brown-skinned fruit with green seedy flesh and also known to prevent cancer. Among the other nutritious fruits, kiwi contains highly nutritive elements.  Kiwi got its name from a bird found in New Zealand. It grows in countries like New Zealang, France, Italy, Chile, Israel, South Africa and Russia.

Apple is one of the popular fruits and as the old saying goes:  “an apple a day keeps the doctor away”. This has truth in it because of the many health benefits from apples.

Some fruits and vegetables are very good resource of vitamin A, while others are rich in folate especially, potassium as well as vitamin C which are both essential nutrients for the body.