Get to Know Canada 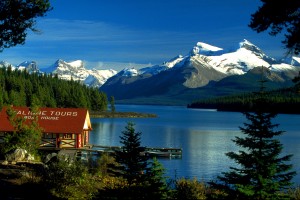 Have you ever thought why most people today would to want to go to Canada for good?

It’s because Canada is the land of opportunities and perhaps the only country around the world with rare cases of violence and other sensitive issues.

It is popularly known as a peace loving country – a welcome place for immigrants from around the world.

Canada is a beautiful country endowed with a great multitude of tourist destinations and attractions. Visitors can pick from a wide array of travel tour packages and hotel accommodations with the luxury and comfort of modern facilities and amenities.

Interesting facts about Canada and some of the reasons why this country stands out from other western countries: 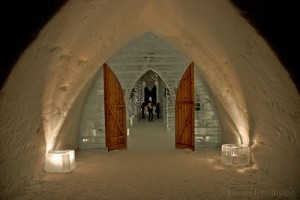 2.  Canada has the 9 percent of the supply of water in the world.

3. “Ottawa” the capital city of Canada is considered the most secure place to live in the country. Ironically, the place, which was originally called Bytown, was known as the deadliest city in North America before due to the violent nature of loggers.

4.  The frontier between United State and Canada is the world’s longest borderline and officially it is called the International Boundary. It stretches up to 5, 525 miles which include 1,538 miles between Canada and Alaska.

5.  Canada is the only country with a huge production of” Icewine”, the country’s sweet dessert wine.

6. Canada’s official languages are English and French. Most of the areas are speaking English but some of them including Quebec are using purely French.

7.  Half of the country is forest. No wonder one-tenth of the earth’s forest found in Canada has been the home for the polar bears and North America’s whining bear.

8.  There are two national sports of Canada. The Lacrosse which is invented by the citizens themselves played during summer and the Ice Hockey which is the favorite sports in winter.

9.  One of the famous attractions of Canada is the Niagara Falls. It is the largest waterfalls found in Ontario visited by thousands of visitors around the world.

10. The literacy rate of Canada is 99%. This explains why some of the useful inventions nowadays are made by Canadians. These include electron microscope, insulin, kerosene, electronic organ, snowmobile, electronic cooking range, IMAX film idea and many others.