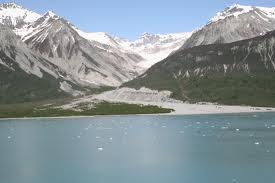 One way to tell the how hot or warm the earth is on a global scale is to determine the rate at which large, persistent bodies of ice melt in the cryosphere. It is interesting to know that cryosphere is the earth’s region where water is in solid form and known as the lake ice, sea ice,  river ice or ice caps. Glaciers provide adequate information about certain changes in the earth’s temperature. Even subtlest change can have a negative impact on glaciations and can greatly affect the lives of many people all over the world

Glaciers are huge bodies of ice formed from the accumulation of snow on land that becomes compacted over time. This is quite different from sea ice and ice sheets that are formed on the surface of lakes and seas. In the tropics, glaciers are formed only in high mountains where temperature begins to drop thousands of feet above sea level. However, most of the earth’s glaciers are found in Polar Regions like Antarctica and Greenland.

Glaciers serve as earth’s reservoirs of freshwater which can be tapped for a number of uses. This becomes especially important in places where water is scarce. Glaciation is nature’s way of maintaining a state of balance in the earth’s hydrosphere. The movements of our earth’s glaciers are largely dependent on the earth’s temperature. Too much of it and the glaciers will retreat to the oceans and to the atmosphere where it would contribute to the rising of our sea levels and frequent precipitations. The opposite is also true with lower temperatures.

The biggest concern today is the rising of our sea level due to the constant change in the earth’s temperature and the melting away of the large majority of glacial ice in Antarctica and Greenland. It is found out from recent studies that our global sea level is constantly rising up at a rate of 0.8 mm per year. The most appalling truth about this phenomenon is the possibility of a massive ice sheet decay where the entire world’s glacial ice melts away, engulfing the entire world beneath 230 feet of sea water.

Countries are now making efforts to fight against global warming. This includes the production of cars, automobiles, and other means of transportations that rely on electricity, reforestation, and discontinuing the use of chlorofluorocarbon (CFCs) that are harmful to the ozone layer.

Glacier Breaks Due to Earthquake