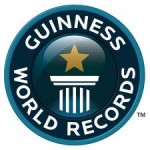 It is unique in a sense that it is the first one to contain exclusively a collection of world records including but not limited to human achievements and the extremes of the natural world and environment. Incidentally, the book also owns its own world record, being the best-selling copyrighted book of all time.

Recently, they have expanded from the original print media. Today, they now have a television series and even museums showcasing various world record holders.

Because of the decades of popularity, it has unofficially become the main source and authority in cataloguing as well as verification of world records.

The story began in November of 1951 when Sir Hugh Beaver, managing director of the Guinness Breweries, went to a shooting party with friends. During the party, he got into an argument about the fastest game bird in Europe. It was the golden plover versus the grouse.

After that argument and later that night, he realized there was no way he can confirm the answer by looking at reference book.  At that moment, he contemplated on making a book supplying the answers to that sort of question.  Norris and Ross McWhirter, twins who were running a facts and figures office in London,  were commissioned to do the compilation.

This was later known as The Guinness Book of Records and started officially in August of 1954.