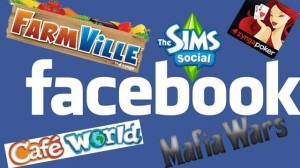 Fast-paced, sophisticated and highly competitive – that’s the kind of world that we’re living into right now. Today we are more concerned about how we spend our time. A basketball game with your friends or a tennis match on the hard court would be just fine. But the question is, how often can you do those sports activities and how much will it cost?

Online games let you spend hours of fun playing, socializing, and getting along with real people around the world in just a few mouse clicks, anytime, anywhere. It allows you to accomplish the same goal of having fun and relieving stress, but without the physical aspect. What’s truly good about online games is that almost every game you’ll find on the internet is free. That means you save a lot of time and money for your stress management and leisure activities.

This might come as a surprise for most people but online games actually began during the 1960’s when there was still ARPANET, the grandfather of Internet. The first online game was the famous Space War hosted by PLATO services with an estimated 1000 users playing simultaneously.

Online gaming has quickly become a sensation in the gaming industry. In the 70’s a brand new lineup was released by PLATO featuring their newest game titles Star Trek, Avatar, and later Wizardry, and Airfight. After seeing the potential of online games, other companies wasted no time. Kesmai and CompuServe released their groundbreaking MegaWars I, which was later developed into Stellar Warrior. More titles came up in the 80’s which was considered as the golden age of online gaming. This includes Air Warrior, Gemstone III, Dragon’s Gate, and NeverWinter Nights.

Social networking sites such as Facebook took the world online gaming to a whole new level. This time, it’s all about online games all people can relate to. Who would not know about Farmville, Cityville, Empires and Allies, Mafia Wars, Tetris Battle and Puzzle Saga? These games have become the latest craze of 21st century, outpacing Warcraft and other online games in popularity and number of players.

What are the health benefits of online games?

Aside from being practical and economical way to relieve stress, online games can actually improve brain health as well as brain-and-body coordination. Every time we think, our brain cells create pathways to establish links with each other. As we use our brain often, these links would grow stronger, enabling us to recall analyze things faster. This is what online game does for us. It fosters critical thinking skills and gives us a sense of fulfillment. Plus, with over tens of thousands of online games to choose from, you’ll have plenty of choices – what games you want to play and who do you like to play with. You’ll also notice that the more you play, the better you become with your dexterity and coordination.

Why “yes” to online games?

How to Manage Stress